Kelowna Guide: Savour the Suds at Kelowna's Most Unique Breweries 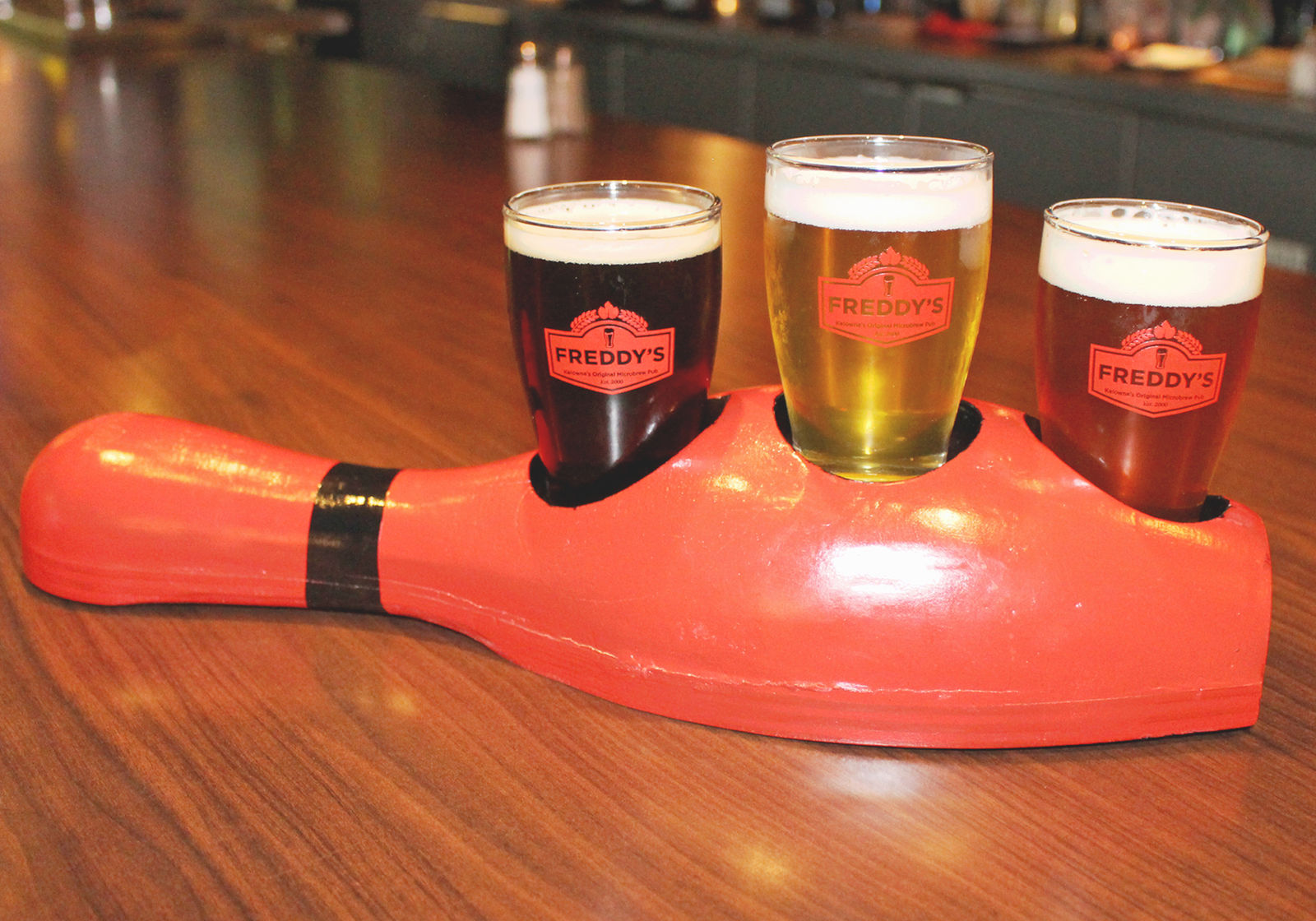 Kelowna is home to some of the most unique microbreweries in BC. Where else can you taste a frothy pint while getting your car serviced next door or bowling a strike while downing a brew just pulled from the tank?

From bowling alleys to arcade games to a bike-stop German-inspired tasting room, follow our Kelowna hotel's guide to some of the most unique and eclectic breweries in the city.

Bowl a Strike and Down a Brew

Bowling and beer go hand in hand, just look at Homer Simpson. In Kelowna, there is not one but two unique breweries, where you can down a fresh pint while trying not to bowl a gutter ball.

Kelowna’s first microbrewery, Freddy’s Brewpub was established at the McCurdy Bowling Centre in 2001. Located just a hop, skip and jump away from the Comfort Suites Kelowna business hotel, you can enjoy bowling inspired brews such as the Lebowski Lager and the limited edition Bob's Your Dunkel Dunkelweizen, a German-style wheat beer. There’s also a full menu of pub grub as well as the monthly live comedy series, Comedy Brew HAHA!, which runs from April to September.

Located in between downtown Kelowna’s historical Cannery Lane and Ellis Street, BNA Brewing Co. is housed in an old warehouse once used to dry out tobacco and roll cigars as well as can fruit. Today it facilitates one of the city’s largest tasting rooms, which features 10-pin bowling lanes, a bocce court, and arcade games.

Sip some of their delicious suds paired with a menu of sharing plates from the kitchen.

Drink Beer while Getting your Oil Changed

Tucked away north of Kelowna’s cultural district is Kettle River Brewing Co., an unassuming small batch brewery that is located in an actual garage located beside an oil change business. Celebrating its second year of operation, the brewery’s cozy and eclectic tasting room is designed with corrugated metal walls and a reclaimed wood bar and offers an outdoor eating area with a food truck offering Asian street food.

Enjoy a Pilsner at this European Bike Stop

Located near the University of British Columbia Okanagan campus and our Kelowna hotel close to the airport, Boundary Brewing Company is a locally sourced craft nano-brewery that specializes in barrel-aged German-style pilsners and ales. Popular with cyclists of the motorized and non-motorized variety, the brewery’s tiny and family-friendly tasting room is decorated with rugby jerseys, where locals can catch a game on the large TV over the bar while enjoying full draught service, samples and flights.

An Institute for Beer Lovers

Located in the heart of Kelowna’s cultural district, Tree Brewing Beer Institute features a small craft brewery alongside a large tasting room, which includes a beer classroom. Free tours are offered of the brewery while the tasting room offers beer inspired food paired with Tree’s many craft selections, including their very own gluten-free Duke’s Cider. You can also while the hours away while playing one of the many classic board games offered at each table.


Whether you’re in town for a vacation or on business, see why the Comfort Suites is one of the best reviewed TripAdvisor Kelowna hotels. Our Kelowna hotel with an indoor pool and waterslide is perfect for the kids while your four-legged friends are also welcome at one of the best pet-friendly hotels in Kelowna.

School’s Out! Kids' Activities to Enjoy from Our Hotel in Kelowna